The Walt Disney Family Museum approached us to create a new campaign for them. Since opening, they’d been advertising consistently but were not getting the traffic they wanted, and, more importantly, they discovered there was a lot of confusion over what the museum was really about. We worked directly with Walt’s daughter, Diane, and she made it clear that she built the museum in order to expose the world to all of the things her father did that most of us have never heard about. We decided to put some of those things directly into the executions to not only intrigue and educate, but to also make it very clear that this place was not a Disneyland or Disneyworld museum. There are no rides, no snow cone machines, and no adults running around in Donald Duck costumes. Rather, this is a place filled with the history of one ridiculously talented individual. The shit is inspiring. Even if you’re a hater, I encourage you to check it out.

There has been some nice press around this work, including CA’s Exhibit section. You can see it HERE. 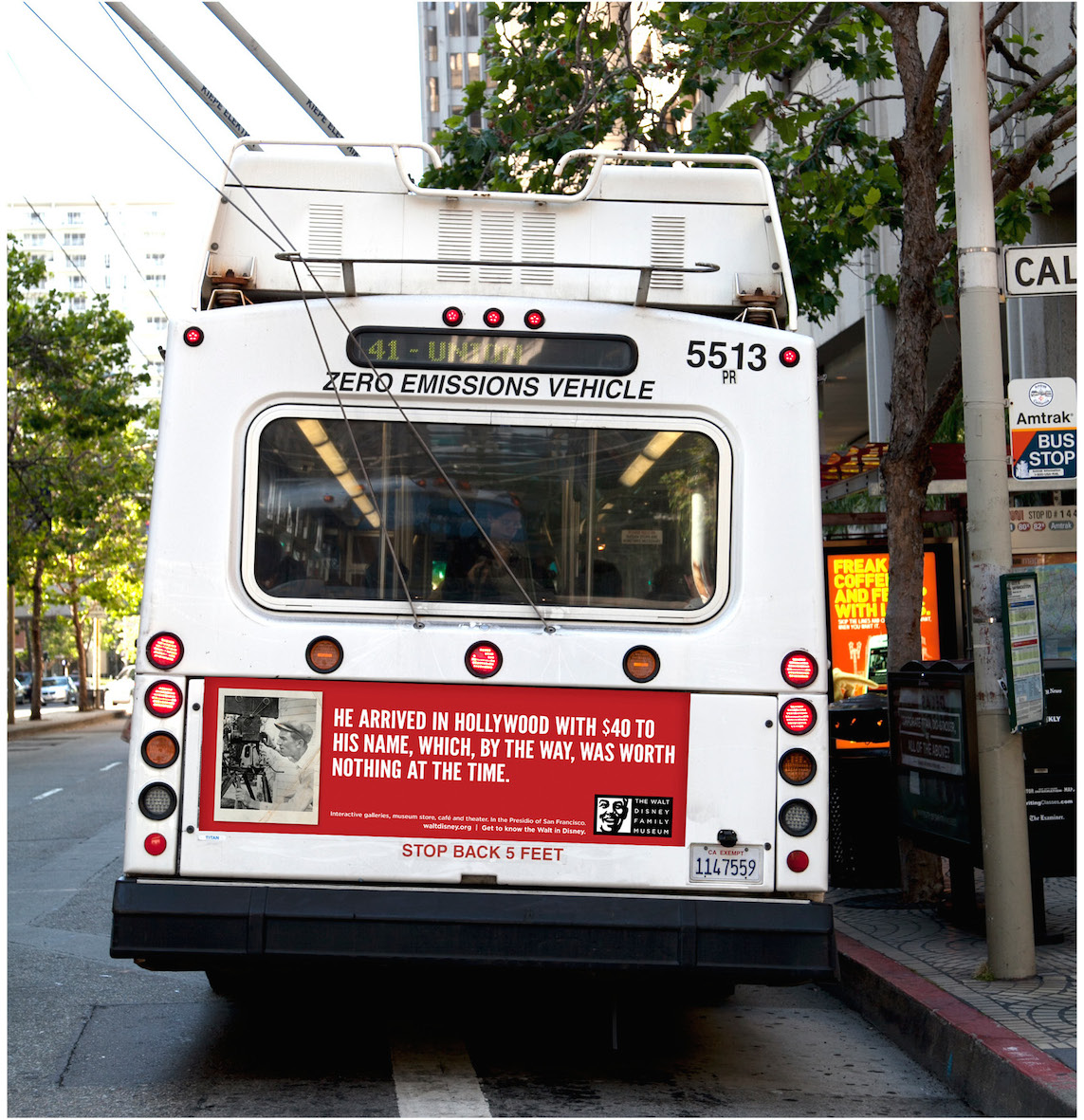